Chevy Chase sat down for a rare interview with The Washington Post, where the actor trashed a number of his fellow actors and comedians while brushing off talk about his difficult childhood.

Chase kicked things off by going after the show that launched him to stardom, Saturday Night Live, which is still being produced by his old friend Lorne Michaels.

‘First of all, between you and me and a lamppost, jeez, I don’t want to put down Lorne or the cast, but I’ll just say, maybe off the record, I’m amazed that Lorne has gone so low. I had to watch a little of it, and I just couldn’t f***ing believe it,’ he said of watching a recent episode.

‘That means a whole generation of s***heads laughs at the worst f***ing humor in the world.’ 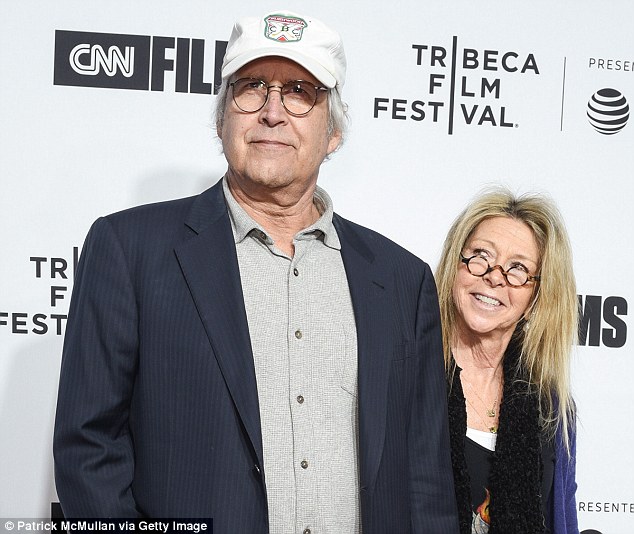 Going for it: Chevy Chase sat down for an interview with The Washington Post in which he disparaged a number of actors and Saturday Night Live (Chase above with wife Jayni in April) 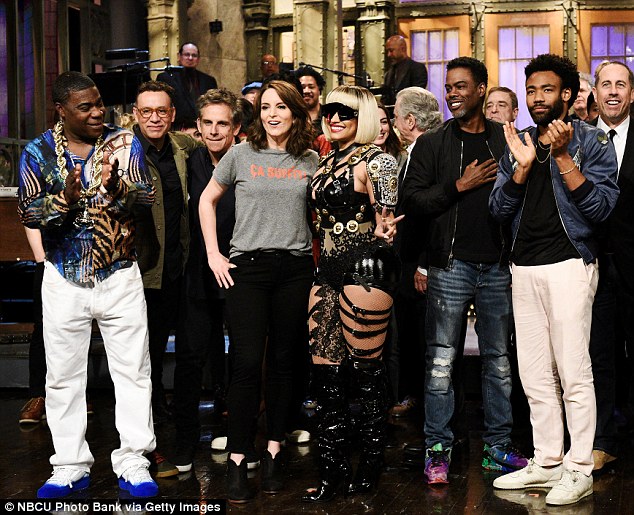 Going hard: ‘That means a whole generation of s***heads laughs at the worst f***ing humor in the world,’ he said of SNL (Tina Fey and Donald Glover above at the 2018 season finale) 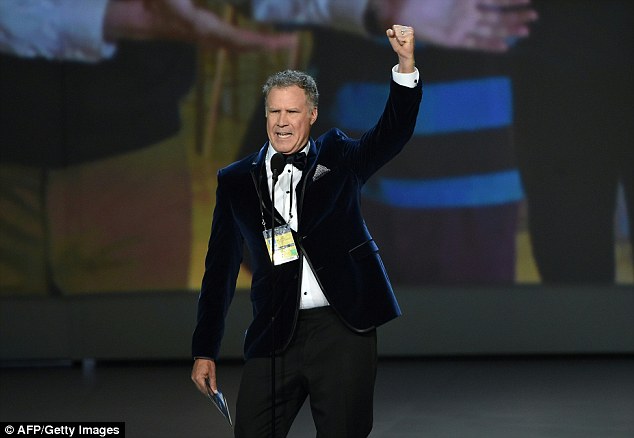 Hit hard: ‘Just not funny. Makes $25 million a picture,’ said Chase of Will Ferrell (above on Monday at the Emmys)

Chase then proceeded to criticize a number of performers, most of whom had said less than flattering things about him in the past.

Will Ferrell, who previously called out Chase for screaming at the writers and telling one of the women on the staff ‘maybe you could give me a hand job later’ during his 1997 stint as guest host was dismissed by the comedian.

‘I didn’t see what all the folderol was about. She was good.’

Kristen Wiig got higher marks, with Chase complimenting her looks and talent, something he did not feel the need to acknowledge with any of the men he endorsed including Steve Martin, Dana Carvey and Eddie Murphy.

He said of the actress,  who is currently filming a pivotal role in the Wonder Woman sequel: ‘She had clear-cut chops, and she was pretty, too. But what happened to her? Where did she go?’

Chase also claims he was a big fan of Donald Glover, his co-star on community who got his start as a writer on 30 Rock and is now the star and creator of Atlanta.

And it was as a fan that Chase claims he joked in an interview with The New Yorker when he said: ‘People think you’re funnier because you’re black.’

That comment did not sit well with most people, and Glover responded by stating: ‘I can’t help him if he’s thrashing in the water. But I know there’s a human in there somewhere.’ 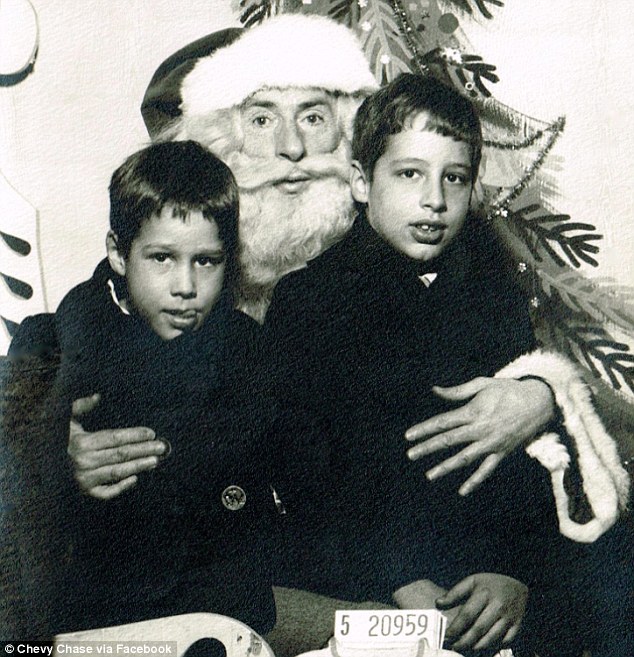 Early days: ‘Chevy is an abused kid,’ explained his wife Jayni, although the actor did not want to discuss the abuse he endured as a child in the interview (Chevy on left with older brother Ned)

Chase then reveals he ran into Glover earlier this year at the Saturday Night Live finale, and when describing the moment he came face-to-face with Glover said: ‘I never saw a guy turn white so fast.’

The one topic Chase did not want to discuss was the childhood abuse he endured at the hands of his mother, including middle-of-the-night beatings and one being locked in the basement for days.

‘Chevy is an abused kid,’ explained his wife Jayni.

‘One of the things that most of us have is, we know that our moms loved us, and some of us are lucky enough to be able to say that our fathers also loved us . . . there’s layers of lucky and grateful, and things that give you a good start in life, and a foundation and self-confidence, and give you a capacity to live without fear.’

She then added: ‘And Chevy doesn’t have those things.’

Evers, a Democrat, is ordering the Legislature to meet at 4 p.m. Central time to take up changes to the election to avoid voters having...

Can Peter Navarro and Jared Kushner save the White House’s coronavirus response?

"We've had some issues making sure that all of the production that 3M does, enough of it is coming back here to the right places,"...

In the lawsuit, filed in the Northern District of New York, the NRA claimed that New York Gov. Andrew Cuomo has "effectively and indefinitely suspended...

Meanwhile, airport security checkpoints screened fewer than 125,000 people on Thursday, less than 5% of the 2.4 million people, including both passengers and crewmembers, who...

Her comments signal Democrats' willingness to collaborate on emergency legislation yet again — even if it doesn't include some of their key priorities. Congressional Republicans...

The Origins and Scientific Failings of the COVID-19 ‘Bioweapon’ Conspiracy