Democratic Missouri Sen. Claire McCaskill raised more campaign cash in California as the midterm elections near than she has in her home state, according to campaign finance records.

McCaskill raised more than 84 percent – or $2,193,639 – of her campaign cash from out-of-state donors. Only 15 percent of the Democratic incumbent’s haul came from Missouri, a Republican-leaning state that voted for President Donald Trump in 2016.

The senator is struggling to keep pace with Missouri Attorney General Josh Hawley. He polls 7 points ahead of McCaskill, according to an Oct. 24 internal poll from the GOP campaign.

More than 49 percent of likely voters prefer Hawley, while 42 percent prefer McCaskill. The additional nine points are distributed evenly between the state’s independent voters, according to the internal poll. (RELATED: Missouri Braces For Hawley-McCaskill Clash After Primary Wins)

A separate Missouri Scout poll conducted over the same period shows a statistical dead heat in the race between the two candidates. Hawley is leading McCaskill by only 1 point, according to the polling data.

McCaskill released a radio ad Friday of two men explaining why they are going to vote for the incumbent Democratic senator over her Republican opponent. The men say Hawley spends too much time at the gym and buys too much wine “during work hours.” 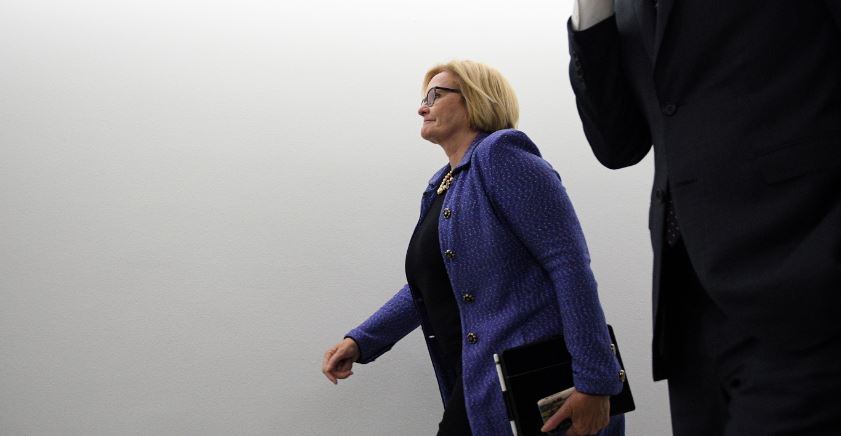 “Claire’s not one of those crazy Democrats. She works right in the middle and finds compromise,” one man says in the ad. RealClearPolitics has the race listed as a “toss-up,” with Hawley leading by .02 percent. McCaskill’s campaign did not respond to The Daily Caller News Foundation’s request for a statement in time for the publication of this article.

McCaskill is not the only Democratic senator relying on a bevy of out-of-state donors. Sen. Heidi Heitkamp of North Dakota also leaned on donors from outside her state to boost her reelection bid.

Only 2 percent of Heitkamp’s latest $12.4 million haul came from within North Dakota, according to a Washington Free Beacon analysis of her latest filing with the FEC, which covers campaign activity over the same period. Activists argued the increase in donations stemmed from her decision to vote against Justice Brett Kavanaugh’s Supreme Court nomination.

CLICK HER TO GOTO THE FULL ARTICLE Law enforcement is investigating and conducting interviews after a Bloomington man was allegedly assaulted and, he said, almost...