The frontman for Polish black metal band Behemoth sparked controversy among the “woke” left after he posted a t-shirt on social media denouncing the violent far-left group Antifa.

The t-shirt design shows a figure pointing a gun at the back of a kneeling figure, while the back of the shirt says: “Kill them. Show no mercy. Fuck Antifa!” 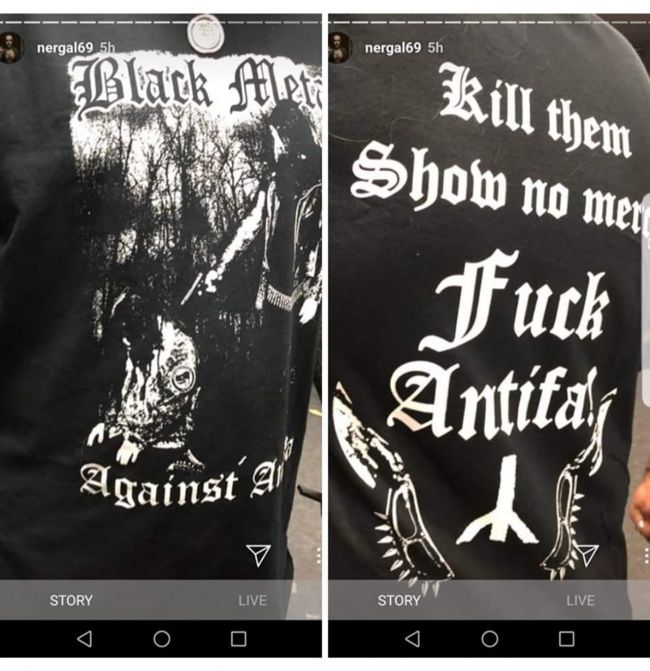 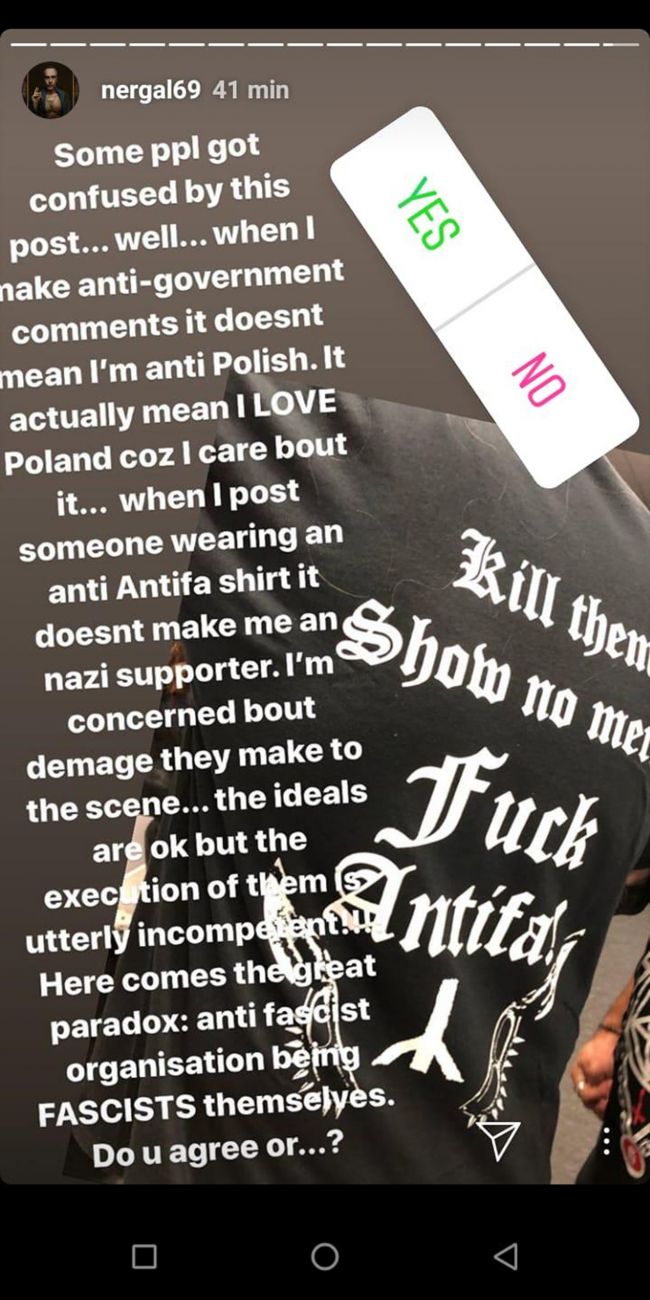 Darski clarified his intent of the provocative imagery and message, and even said he agreed with some of Antifa’s tenets.

“Some people got confused by this post. Well, when I make anti-government comments, it doesn’t mean I’m anti-Polish. It actually means I love Poland because I care about it,” Darski wrote on Instagram.

“When I post someone wearing an anti-Antifa shirt, it doesn’t make me a Nazi supporter. I’m concerned about damage they make to the scene. The ideals are OK, but the execution of them is utterly incompetent.”

“Here comes the great paradox: Antifascist organization being fascists themselves. Do you agree or…?”

Darski made headlines in 2018 when he questioned the inherent goodness of human nature.

Though the shirt’s imagery is provocative, unsurprisingly because its owner is the frontman for a Satanic black metal band, violence is central to Antifa’s philosophy which encourages violence to reach their political goals of a communist Utopia and destruction of capitalism.

All music written and performed by John Mollusk. Inspired by, and all lyrics by Greta Thunberg.

By the way, we’re in the final day of running our biggest sale since Christmas! Get 50% off products with double Patriot Points and free shipping during our Black Friday Comes Early Sale!

Early Friday morning, Twitter added a warning label to a different Trump tweet for "glorifying violence" after the President tweeted about the protests and violence...

The initiative, called Republican Voters Against Trump, has produced multiple ads featuring disaffected GOP voters who say they are not voting for Trump. Many of...

PREVENTING ONLINE CENSORSHIP By the authority vested in me as President by the Constitution and the laws of the United States of America, it is...

Speaking from the Oval Office ahead of signing the order, Trump said the move was to "defend free speech from one of the gravest dangers...