As the holiday season arrives, so does the annoying screeching heard from college students who want to ban Thanksgiving and say wearing costumes is “cultural appropriation.”

In a video released by The College Fix on Tuesday, students interviewed at Macalester College in Minnesota were asked if celebrating Thanksgiving is acceptable in 2019.

Take part in the ultimate win-win deals on the web by checking out the Infowars Store now!

The College Fix writes, “Most of the students said no, and several gave a qualified yes, that being it’s okay to celebrate Thanksgiving as long as one keeps in mind the oppression it represents or that it’s more about spending time with family than honoring the past.”

“I think that Thanksgiving has been misconstrued a lot, especially in textbooks,” one student said. “It’s kind of just based off of the genocide of indigenous people and I don’t really think that we actually give thanks on Thanksgiving, we just eat a bunch of food and it’s just a bunch of capitalist bullshit.”

Campus Reform also dropped a video on Tuesday, asking students on the University of Florida campus if Thanksgiving is “a celebration of cultural genocide.”

“It does celebrate something I think we should be pretty ashamed of,” one student explained.

Additionally, most students said it’s “offensive” to dress up as Indians and Pilgrims in celebration of the holiday because of “cultural appropriation.”

However, one student did say she’s fine with people dressing like Pilgrims because she doesn’t “necessarily care about offending white people.”

While on the topic of “cultural appropriation,” a story released on Tuesday by The Gateway Pundit covered a mass protest being held at a Virginia college in response to students throwing a “fiesta”-themed party.

Over one hundred students and faculty members participated in a “walkout” at the University of Lynchburg last week to protest the student party.

Dean of Students Aaron Smith says the university is going to investigate the party, adding, “It might not be as much inaction as it is ineffectiveness of some of the things we put in to place because, right, we still have incidents like this we still have the stories that the students are sharing.”

“That is the real issue, that this stuff keeps happening,” Smith told WDBJ7.

View the frightening display of adolescent racism in the image below: 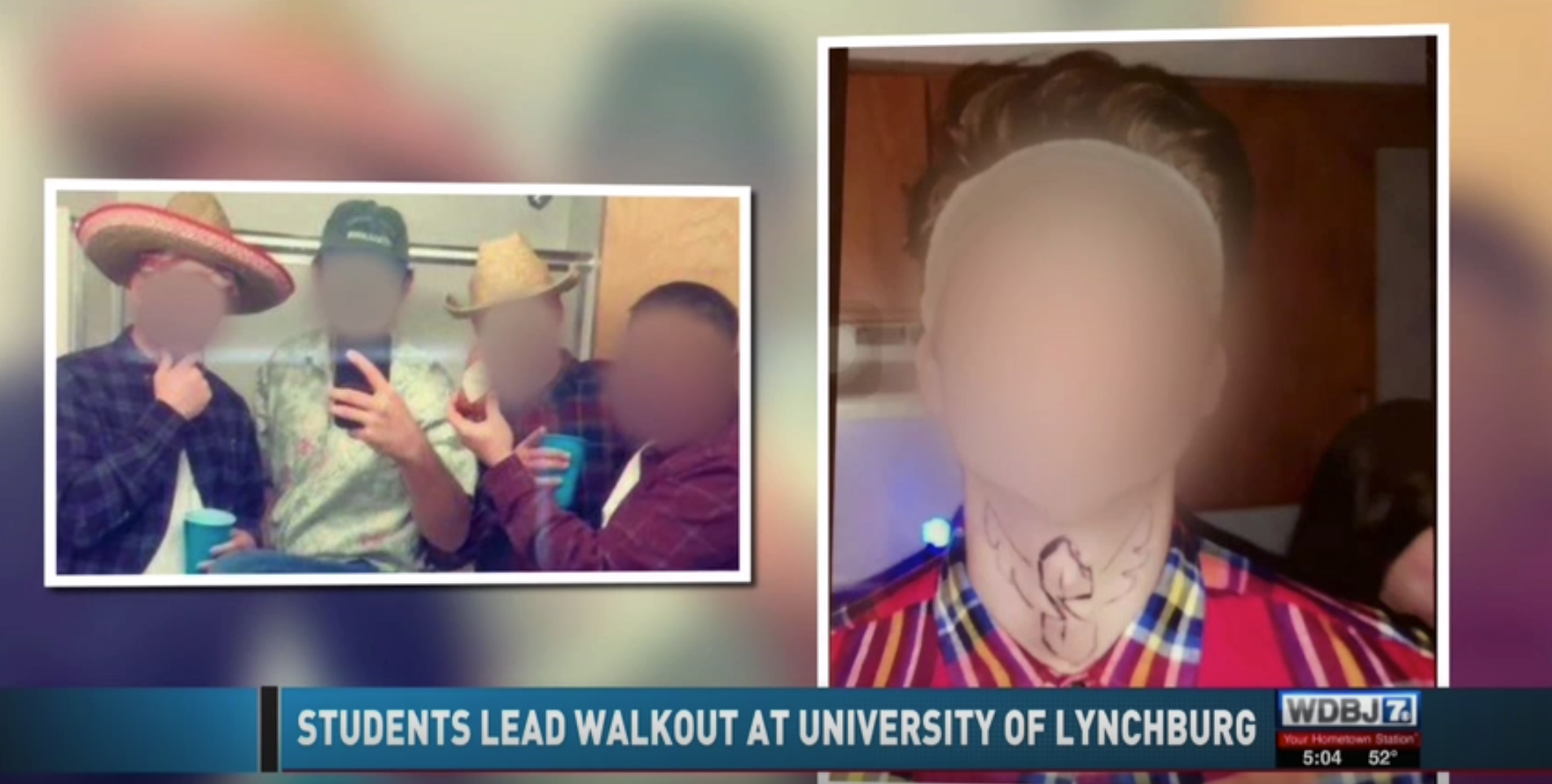 Last month, Infowars’ Kaitlin Bennett visited Ohio State University to ask students if wearing a Native American Halloween costume was “cultural appropriation,” and to find out if they apply the same logic to Democrat presidential candidate Elizabeth Warren who lied about her heritage to advance her career.

In one last example of the state of today’s college campuses, PragerU’s Will Witt hit the University of California Los Angeles campus last month to find out if his Halloween outfit qualified as “cultural appropriation.”

While nearly every student was offended by his traditional Chinese garb, Chinese-Americans in Los Angeles’ Chinatown unanimously agreed the outfit was “good.”

By the way, get DNA Force Plus 50% off and get a free bottle of Brain Force Plus now!

Getty ImagesKamala Harris started out in the vice presidential search process as a favorite because of her experience as a senator, California attorney general and...

A few minutes later, the President added "meanest" and "most horrible" to his characterization of Harris and claimed she was "disrespectful" in her attacks on...

CLICK HER TO GOTO THE FULL ARTICLE Smash Mouth's proving they might still be All-Stars -- 2 decades after their biggest hit -- but based...