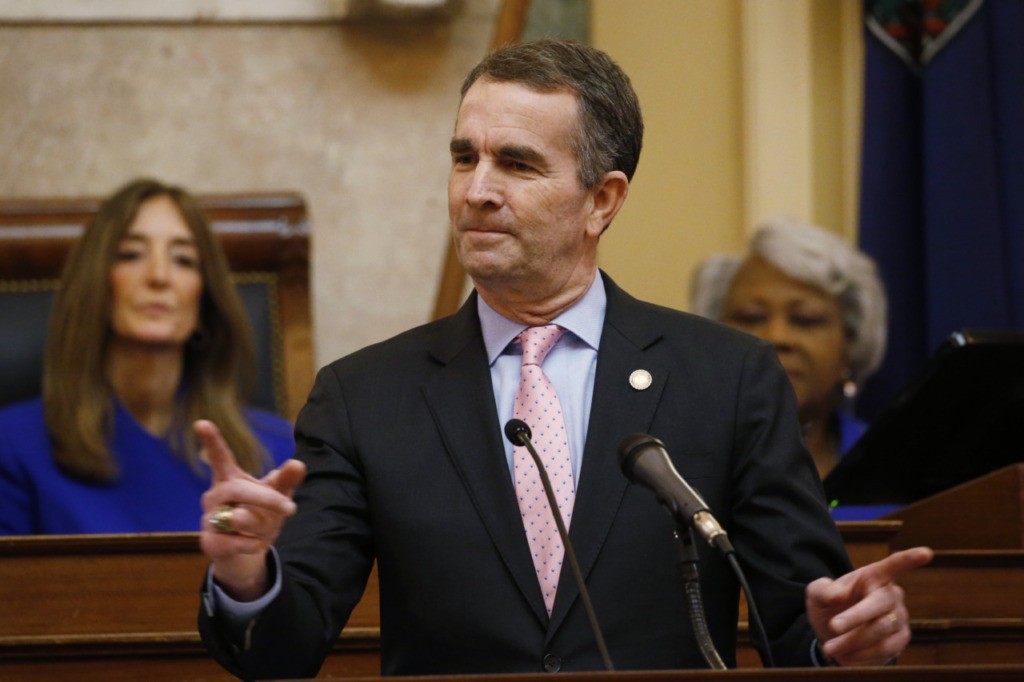 “We’re a firearm safety training [and] conflict resolution organization,” said Toure of Black Guns Matter, “and what we’re doing in urban centers across the country is informing a demographic that has been left out of the Second Amendment conversation, and that’s what created the spaces where that false narrative of ‘the Second Amendment is only for old white dudes’ [has] been able to persist, and so, we’ve pushed back against that narrative with actual work. That’s what we do all across the nation.”

Toure said, “We can complain, but we actually just have to keep doing more. We’ve got to do more with less, sometimes. We’ve got to do more with more. If somebody wants to give us a platform to talk about our work — things of that nature — it doesn’t matter if I’m running for city council at the same time. The human body’s decided to deal with stress, and that’s just what we have to do if we actually want to get free and have more liberation.”

Toure continued, “You have a state like Virginia. They’re just throwing a Hail Mary attempt. They’ve got a very egotistical and confident governor that has been caught in a scandal with blackface, talking about eugenics and infanticide, and he hasn’t been taken out of his seat. So because of that, he thought, ‘Okay, I can throw a Hail Mary.’”

“What we saw in response was that do-not-comply energy, even though generally, gun owners are very respectful [and] responsible individuals,” said Toure of Monday’s rally in Richmond, Virginia, supporting the Second Amendment. “What we’re seeing is people say, ‘Do not comply,’ because that is a violation of our Second Amendment and human right to keep and bear arms. So we are not going to comply with that.”

Toure went on, “But at the same time, what we’re not going to do is create a space where we look like we’re just these reckless irresponsible gonna-break-the-law people. Our duty is to resist tyranny. Our obligation is to defy and not comply with unjust laws. SB64 — Senate Bill 64 — and what governor blackface down there in Virginia is trying to do is very tyrannical. It’s our job to make sure we’re showing the general public that, ‘Hey, we’re not wildin’ out here, but at the same time, we’re [resisting] unjustifiable, very racist practices in the form of gun control.’”

“That’s why the conversation is more about non-compliance — ‘we will not comply’ — education on legislation more so than this take-a-knee, submit, hands-up-don’t-shoot-type vibe,” Toure explained. “As Americans, we tend to not so the submissive thing very, very well, and we shouldn’t.”

“Gun control disproportionately affects melanin beings across the country tremendously,” said Toure. “We’re not talking about thugs and gangs killing people, robbing, raping, and all that. We’re talking about people who might live in a rough neighborhood to have a firearm to protect themselves, even though the rules are designed to make sure they don’t have the ability to protect themselves.”

Toure continued, “If you have a firearm to do that and you get caught with it, now you’re labeled a felon. You’ve got the scarlet letter on you for the rest of life. Now you’ve got that grey cloud hanging over you where you’re like, ‘Okay, I’m in a rough neighborhood. I want to defend myself, but I can’t, because of some arbitrary statute that is in direct violation of the Constitution and the Bill of Rights of the United States of America,’ which in essence makes it unjustifiable in the first place.”

Toure went on, “We are targeted, affected, from the inception to the origin, to the manifestation of gun control. It was designed, specifically, to stop people of color from having the means to defend themselves.”

“My definition of liberty is you having the right to believe what you want to believe,” replied Toure. “But that belief, it doesn’t become liberty until you have the means to defend those beliefs from people that would or could stop you from exercising those beliefs. That’s what liberty is. If you believe in something — on Wednesdays, I want to slather myself with butter, that’s what you believe in, cool, you have the right to do that — you are free to do that. Now, somebody feels like you shouldn’t be able to do that in the privacy of your own home, and they would have arms to stop you from slathering yourself up with butter, then that’s not actually liberty. That’s actually slavery. You don’t have the means to do the things that you want and then defend them from people that would stop you.”

Toure declared, “You have to have the means to defend [your beliefs]. Having arms, or firearms, is the superior means to defend your value systems and your views and the things you believe in.”

“Our job is to make sure that your government is out of our way, the government be as minimal as possible [in] interacting with the people to protect and defend our human rights as stated and codified in the Bill of Rights, and that’s how the structure of this matrix called the United States of America [is] fundamentally created,” determined Toure.

"Well, I love my husband. I'm faithful to my husband. On stage we usually just go for a hug. But I love him very much,...