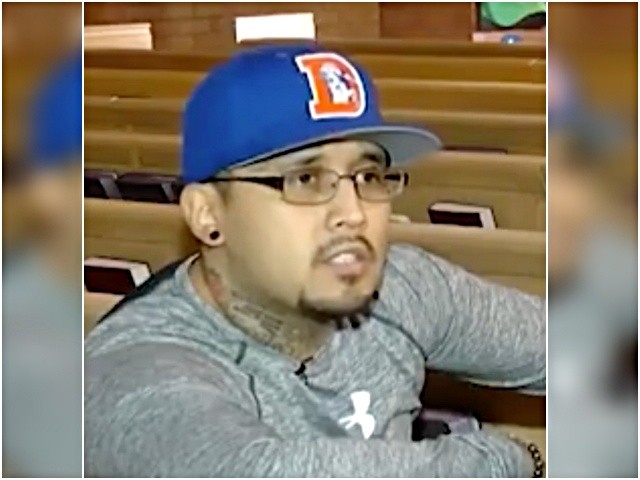 An illegal alien, with alleged gang affiliations, who has been living in the United States for 20 years is effectively avoiding deportation by living in a Denver, Colorado, “sanctuary” church.

Jorge Araiza Avila, a 31-year-old illegal alien from Mexico with multiple criminal convictions, is now living in the Park Hill United Methodist Church, a sanctuary church for illegal aliens, to avoid a final deportation order from the Immigration and Customs Enforcement (ICE) agency.

According to ICE officials, Avila first entered the U.S. illegally in 2000 and was not encountered by federal immigration agents until September 2011 when he was arrested for driving without a license. At that time, he was put into deportation proceedings but failed to appear for his immigration court hearing in August 2012.

An immigration judge ordered Avila deported, but he appealed the decision and was granted voluntary departure to leave the U.S. in January 2018. After never self-deporting, Avila now has a final order for deportation.

“Mexican citizen Jorge Eduardo Araiza, 31, aka Jorge Araiza Ávila, a member of the Sureno 13 gang, is illegally present in the U.S. and considered a wanted fugitive by ICE,” a federal official told local media. “Araiza has multiple criminal convictions to include illegal weapons possession, illegal use of slugs, trespassing, among others, spanning several years.”

Avila has four U.S.-born children, all given birthright American citizenship. His attorneys claim he has never been a member of the Sureno 13 gang.

“I made the decision to enter sanctuary because it’s very important to me to fight for my case since I’m sure that I have been a good citizen, contributing every year with my job and always reporting my taxes, doing what I should do as a taxpayer in this country,” Avila told the Denver Post.

Trump singles out Texas and Florida for help with coronavirus response

Other states will now have to pay a quarter of the cost of National Guard deployments in their states, despite their governors also requesting the...

CLICK HER TO GOTO THE FULL ARTICLE For 20 straight weeks, the number of Americans who have lost their jobs and filed for unemployment insurance...