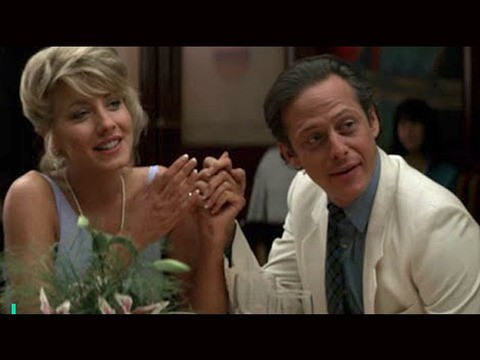 Actor Mark Blum, who played Madonna’s love interest in the hit 1985 movie Desperately Seeking Susan, has died of complications of coronavirus in New York, according to reports. He was 69.

The actor’s death was announced Thursday by Playwrights Horizons, the New York theater company where Blum performed in numerous plays throughout his career. The news of his death prompted messages of condolence from his Susan co-stars Madonna and Rosanna Arquette.

With love and heavy hearts, Playwrights Horizons pays tribute to Mark Blum, a dear longtime friend and a consummate artist who passed this week. Thank you, Mark, for all you brought to our theater, and to theaters and audiences across the world. We will miss you. pic.twitter.com/NMVZFB5hPb

Madonna wrote in an Instagram post: “This is really tragic and my heart goes out to him, his family and his loved ones. I remember him as funny warm, loving .and professional when we made Desperately Seeking Susan in 1985!! Another reminder that this virus is no joke, nothing to be casual about or pretend wont affect us in some way.”

She added: “We need to stay grateful — be hopeful — help each other — and follow the quarantine rules!”

Rosanna Arquette described him as a “kind” and “good” person.

Mark Blum .Rest In Peace my friend and co star what a kind and good person you were .my condolences to all your family and friends . https://t.co/v3YJhMvy23

Sharon Waxman informed me of this very very hard news today I’m so deeply sad for his family and for his fans. he was a wonderful actor and a very good and kind man. May you Rest In Peace and power mark. God bless you. https://t.co/r0QUGEYwVK

Mark Blum is so far the most prominent actor to die from coronavirus. Several actors including Tom Hanks, Rita Wilson, Idris Elba, and Daniel Dae Kim have publicly announced their COVID-19 diagnoses, but most have said they experienced relatively mild symptoms and are recovering or are fully recovered.

A New Jersey native, Blum spent much of his career performing on stage at some of New York’s most prestigious theater companies. But it was his numerous supporting roles in film and TV that made him a recognizable character actor.

The actor had roles in Crocodile Dundee and The Presidio and more recently in the TV series You and Mozart in the Jungle.

On stage, Blum won an Obie Award in 1989 for his performance in Playwrights Horizons production of Albert Innaurato’s Gus and Al. On Broadway, he appeared in Neil Simon’s Lost in Yonkers in 1991 and Gore Vidal’s The Best Man in 2000.

His survivors include his wife, Janet Zarish.

It was unclear in guidance posted earlier this week whether Social Security recipients who don't normally file taxes would have to in order to receive...

Trump again said that "nobody" could have foreseen a pandemic crisis leading to a shortage of ventilators, for which there were numerous warnings. He predicted...

A congressional source told CNN on Wednesday that they were informed late last Friday night that the coronavirus task force -- led by Vice President...

When asked by CNN's Erin Burnett whether he gave President Donald Trump credit for his willingness to make such a hefty investment, Schumer replied, "I'd...