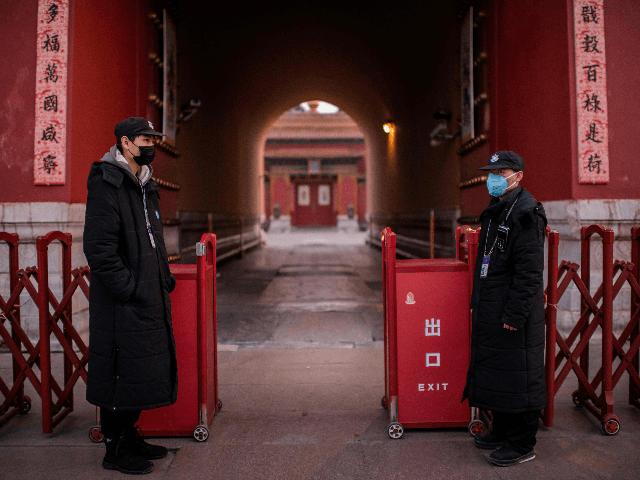 Chinese state media recently boasted about a successful double-lung transplant operation to treat the Wuhan coronavirus, the Epoch Times noted Wednesday, amid growing evidence that the Communist Party is harvesting the organs of religious minorities and political prisoners to sell on the black market.

In February, state propaganda outlet Global Times reported that a Chinese medical team “successfully carried out the world’s first double-lung transplant” for a patient suffering from the coronavirus, describing it as a move of “great significance in reducing critical cases.”

“The transplanted lungs were donated by a non-local patient after brain death and transported to Wuxi by high-speed railway in seven hours,” the article notes.

As noted by the Epoch Times, a Chinese American newspaper associated with the persecuted Fang Gong religious movement, the fact that brain-dead donors with all the matching characteristics, including blood and tissue type, were available just before the surgery was performed seems uncannily convenient.

A majority of China’s organ transplants reportedly come from harvesting those of non-consensual “donors” who belong to persecuted religious minorities such as Uyghur Muslims and Falun Gong practitioners.

The process of an “endless supply of organs” is detailed by the charity EndTransplantAbuse.org:

In countries with advanced healthcare capabilities and well-organized organ donation systems, patients usually wait many months or even years for a donor organ to become available. Yet, in China, where organ donation is culturally taboo and there is no effective organ donation system as of yet, patients can find matching organs whenever needed, suggesting that there is a large number of readily available organ sources waiting to be matched to patients.

In November 2013, an article published in the Chinese state-affiliated Phoenix Weekly highlighted the growth of organ tourism to China within the past decade, and how organs are supplied on-demand and matched quickly, with no waiting time. The article also stated that the number of transplants performed in China exceeded that in the U.S.

Since 2018, an independent tribunal named the China Tribunal has held evidentiary hearings into the practice. Their final report was released this month. It found, among other things, that “forced organ harvesting has happened in multiple places in the [People’s Republic of China] and on multiple occasions for a period of at least 20 years and continues to this day.”

It also explained how China’s transplant programs compare to the rest of the world:

This month, a doctoral researcher provided Breitbart News with the testimony of a Chinese labor camp survivor that China was likely carving out the organs of political prisoners to help supply patients with lung failure amid the Chinese coronavirus epidemic.

“The authorities would say they [the lungs used for the transplants] were obviously donated, but one can raise reasonable objections as to whether that was in the least plausible,” explained researcher Matthew Robertson of the Victims of Communism Foundation.

“World governments have not publicly challenged China as to the source of its organs, and international medical and human rights organizations have also failed to raise public concerns as to the scale of the PRC [People’s Republic of China] transplant system and the real source of organs,” he added in his report.

That's the executive Americans have seen in the White House during the coronavirus calamity. Instead of accepting responsibility for the administration's laggard, chaotic response, Trump...

Trump’s popularity bump may have already plateaued ahead of schedule

Now that scenario is playing out in real time across the country, exposing the threadbare social safety net in America for minimum-wage workers and amplifying...

Trump says that there could be a shortage of ventilators

When pressed by CNN's Jeremy Diamond at the White House coronavirus task force briefing as to whether there will be a shortage of ventilators in...

The emergency filing marks the first coronavirus-related petition that the justices will review since the pandemic gripped the country. Although the Supreme Court's doors are...