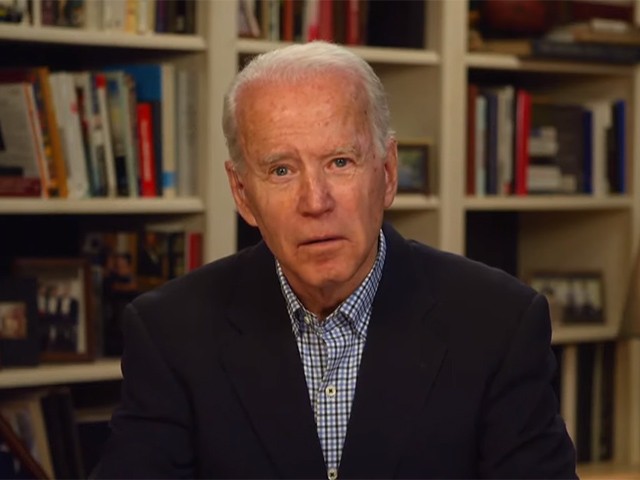 Joe Biden said Wednesday he hopes President Trump’s approval rating continues to increase after experiencing a humiliating live fact-check from a reporter about the most recent polls on the president’s job performance.

During a brief online press Q&A, Biden fielded a question from the Associated Press about President Trump’s approval related to his handling of the coronavirus crisis.

“The president’s numbers with the public have gone up in handling this crisis, but they haven’t gone up in terms of his presidency,” Biden said.

Several recent polls have shown Trump’s numbers have increased: CBS News/YouGov found Trump receives the approval of 53 percent of Americans, while Trump was at 49 percent in a Gallup survey.

After an awkward silence, the reporter corrected the false claim. “Gallup did show he is now at 49 percent job approval, which is a reversal from a few weeks ago,” she said. “It does suggest that the American people see him as a stronger leader than you’ve been characterizing him.”

Biden responded, “Well, I hope that he’s so strong that he’s up way above that.”