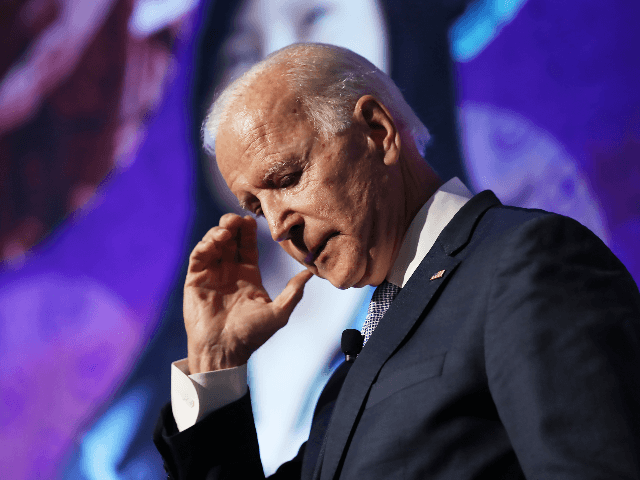 Former Vice President Joe Biden expressed regret Friday for decreeing that African-Americans aren’t really black if they have trouble deciding to support him over President Donald Trump, saying he’s “never” taken the black community’s vote for granted and “shouldn’t have been such a wise guy.”

“I should not have been so cavalier. I’ve never, never, ever taken the African American community for granted,” Biden said during a call with black business leaders, according to CBS News reporter Ed O’Keefe.

Earlier Friday, Biden declared that if black Americans cannot decide whether to back him over President Trump, “then you ain’t black.”

Biden made the unsolicited racially-charged comment as he finished his virtual interview with The Breakfast Club’s Charlamagne tha God.

“If you have a problem figuring out whether you’re for me or Trump, then you ain’t black,” Biden said to Charlamagne, not in response to a question, but after the radio host’s remark: “It’s a long way until November, we’ve got more questions.”

“It don’t have nothing to do with Trump, it has to do with the fact — I want something for my community,” the radio host replied.

Following the show, Breakfast Club co-host Charlamagne tha God reacted to Biden’s controversial remarks by stating “fear” is no substitute for a platform that will help black Americans.

“We have been loyal to Democrats for a long time, black people have invested a lot into that party and the return on investment has not been great,” he told Mediaite. “As Biden said in our brief interview when I asked him if Dems owe the black community ABSOLUTELY was his answer. So let’s see what you got!!! Votes are Quid Pro Quo. You can’t possibly want me to Fear Trump MORE than I want something for my people.”

“Vice President Biden spent his career fighting alongside and for the African American community. He won his party’s nomination by earning every vote and meeting people where they are and that’s exactly what he intends to do this November,” Sanders wrote on social media.

“The comments made at the end of the Breakfast Club interview were in jest, but let’s be clear about what the VP was saying: he was making the distinction that he would put his record with the African American community up against Trump’s any day. Period,” she added.

Sen. Tim Scott (R-SC), the Senate’s sole black Republican, denounced Biden’s comments, saying he was both “shocked and surprised” by them.

“I thought to myself, as an African American, been black for 54 years, I was struck by the condescension and the arrogance in his comments,” Scott said during a conference call with the Trump campaign. “I could not believe my ears that he would stoop so low to tell folks what they should do, how they should think, and what it means to be black.”

Dana Boente, FBI general counsel, has served 38 years in a variety of career posts at the Justice Department. He is resigning June 30, the...