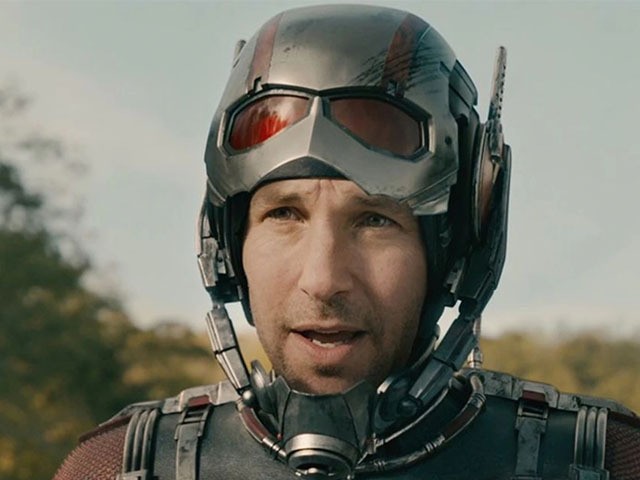 Hollywood actor Paul Rudd was handing out cookies to early voters lined up in the rain outside the Barclays Center in Brooklyn Thursday morning, according to an official tweet from the Brooklyn Nets, the NBA team that plays at the sports complex.

The Ant-Man star was difficult to recognize wearing a mask and a baseball hat as he passed out the treats. The actor posed for photos with some fans. In one video, he was seen thanking people for coming out to vote.

The weather outside is weather, but that didn’t stop Paul Rudd from handing out cookies to early voters at @barclayscenter this morning 🗳🍪#MakeHistoryHere pic.twitter.com/8lVfBcqbjK

“I want to say thank for coming out and voting and doing your part,” the actor told one man waiting in line.

Paul Rudd handing out cookies at a Brooklyn voting location. I don’t know why I am so offended by this, but I am. Can the left just leave people alone while they vote? Is this setting up for others to come “pass out cookies” to people trying to vote? pic.twitter.com/997gRdDUpg

The ageless movie star hasn’t been vocal about his support for either President Donald Trump or Joe Biden. But FEC records show that the Hollywood actor recently donated $2,800 to help Rep. Antonio Delgado (D-NY) in his re-election bid for New York’s 19th Congressional district.

Rudd is the latest celebrity to use the election as an opportunity for social media exposure. Stars including Lizzo, Elizabeth Banks, Katy Perry, and Lady Gaga have starred in their own election-themed Instagram videos.

The joint warning from the FBI and the Department of Homeland Security on Tuesday underscores a broader effort by federal agencies to avoid repeating the...

The Department of Defense inspector general's report on the conduct of Rep. Ronny Jackson

In 2013, Roberts led a narrow high court majority to eliminate separate Voting Rights Act coverage related to states with a history of bias. They...

Trump is now facing inquiries run by elected officials from Georgia to New York to Washington with only their constituents to answer to. Most are...

While the Senate Reads the Coronavirus Relief Bill, Nearly 1,400 Americans May Die from the Virus

CLICK HER TO GOTO THE FULL ARTICLE "We already had Guardsmen on buses ready to move to the Capitol," Walker wrote in his prepared remarks...

CLICK HER TO GOTO THE FULL ARTICLE In a year filled with civil unrest and the deepest political divisions in recent history, America is coming...

13 Killed, Several Others Injured After Crash in California

CLICK HER TO GOTO THE FULL ARTICLE Thirteen people were killed and several others were seriously injured after an SUV carrying 25 people collided with...