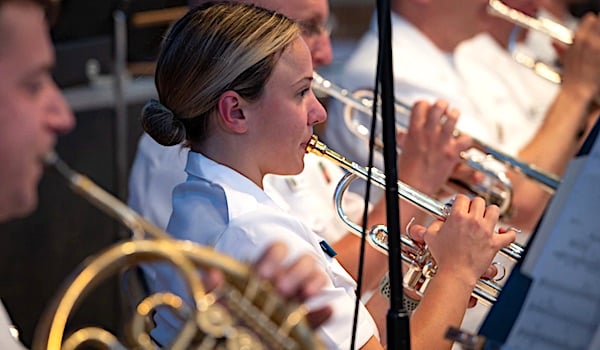 Students at the University of Texas at Austin filed a lawsuit alleging a “hostile environment” for black students because of the school’s alma mater song, which they claim is racist, the Texas Tribune reported.

TRENDING: Son of 9/11 victim warns ‘killer-in-chief’ Biden: Do not show your face at Ground Zero

A group of anonymous students, along with the Texas and UT Austin chapters of the NAACP, filed a federal civil rights complaint against the school’s “The Eyes of Texas” song on Friday with the U.S. Department of Education’s Office of Civil Rights, one day before the start of football season, the Texas Tribune reported.

The Eyes of Texas pic.twitter.com/Q3FefG6CF3

The complaint argues that because the song, “despite its racially offensive origin, context and meaning,” is still the official alma mater at the university, black students haven’t been afforded the full benefits of student life, the Texas Tribune reported.

Is the ‘Eyes of Texas’ song somehow hostile or racist?

The debate over “The Eyes of Texas” has been ongoing since a group of student athletes in 2020 posted a letter on social media requesting changes on campus, including the removal of the alma mater song due to its “racial undertones.”

The phrase “the eyes of Texas are upon you” has been traced back to President William Prather, who studied at Washington College in Virginia, where confederate general Robert E. Lee served as president and often told students, “The eyes of the South are upon you,” Texas Monthly reported. But an investigation by the school into the song’s origins couldn’t confirm that Lee had ever used that phrase.

The song made its debut at a minstrel show attended by Prather in May 1903, where many singers performed in blackface, Texas Monthly reported. Almost certainly, the performers remained in blackface for the performance of “The Eyes of Texas.”

UT Austin’s 2020 investigation into the alleged racist origins of the song determined that the song “in its current form, will continue to be our alma mater.”

“It is my belief that we can effectively reclaim and redefine what this song stands for by first owning and acknowledging its history in a way that is open and transparent,” UT Interim President Jay Hartzell wrote in a letter to students at the time.

Many prominent donors to the university threatened to pull funding if “The Eyes of Texas” was not kept as the school’s song.

The complaint argues the university is in violation of Title VI of the Civil Rights Act for failing to address opposition to the song and racial harassment of black students, the Texas Tribune reported. It also says UT Austin violated equal protection under the Fourteenth Amendment with its creation of a second marching band for students who choose not to play “The Eyes of Texas.”

The Longhorn Band is required to play the song, but refused last fall in light of the song’s alleged origins, the Texas Tribune reported. The song was played at Saturday’s football game.

“As someone who is a former band member, it is splitting the band and the student body apart,” UT Austin student and Campus Reform correspondent Sterling Mosley told Fox News. “This should be laughed out of court.”

The complaint also says the university created a hostile environment for tour guides, who went on strike when the school continued to display a plaque at the university welcome center with the song’s lyrics, the Texas Tribune reported. Last month, the school agreed to remove the lyrics, but the lawsuit alleges the school didn’t do anything to mitigate the financial and emotional harm allegedly caused.

This story originally was published by the Daily Caller News Foundation.

Content created by The Daily Caller News Foundation is available without charge to any eligible news publisher that can provide a large audience. For licensing opportunities of our original content, please contact [email protected]n

US debt default: Watchdogs and officials warn of dire consequences

"No one would be spared," Maya MacGuineas, president of the Committee for a Responsible Federal Budget, told CNN. "It would be such a self-imposed disaster...

The more than 150 gigabytes of data swept up in the breach shine a light on years of online activities from far-right groups, including those...

READ: Trump lawyer’s full memo on plan for Pence to overturn the election

CLICK HER TO GOTO THE FULL ARTICLE As the inhabitants of an ancient Middle Eastern city now called Tall el-Hammam went about their daily business...

Texas Couple Kicked Out of Restaurant for Wearing Masks

CLICK HER TO GOTO THE FULL ARTICLE A Texas couple who landed themselves a rare night out with friends says it was cut short when...